Article by Scaletron Industries Ltd.: Utilize All Your SiloWeigh Channels for Better ROI 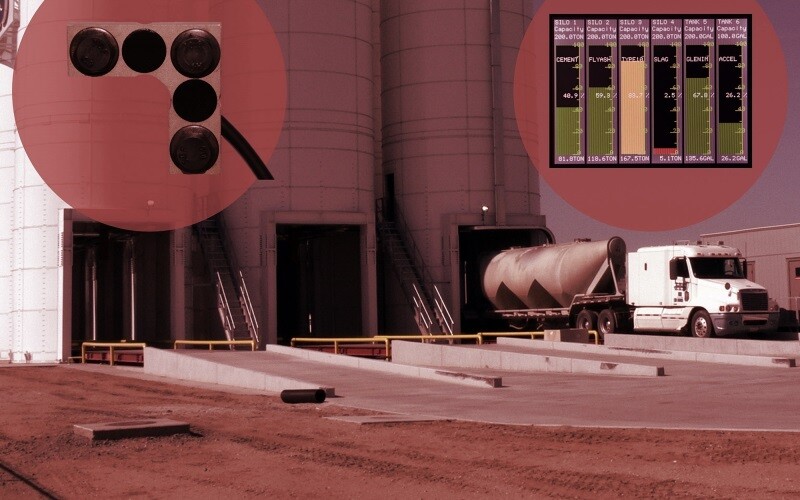 Scaletron Industries Ltd. (United States) - You can add other functions to SiloWeigh II, to use the unused displays and increase your ROI.

Let’s assume you want to display the weights in two silos as your main reason for your purchase. SiloWeigh II has six display bar-graphs; what can you do with the remaining four displays? Many customers have purchased SiloWeigh II and almost all of them just display their silo weights, leaving the other displays unused. The SiloWeigh II indicator is a versatile machine with powerful features. By adding some low cost sensors at a modest extra outlay, you can use your unused channels to display other things and increase your Return On Investment. For example, SiloWeigh II for two silos costs around $7000, or $3600 per silo. You could use your extra four channels to display four additional liquid admixture levels, total cost around $12,000 or $2000 per channel. Or four extra temperature measurement channels, total cost under $10,000 or $1600 per channel.

Do you have extra things that you want to measure or record over time? SiloWeigh II shows bar-graphs for up to six parameters, which change color as you reach alarm points. Trend graphs zoom to any date and time period. A precast concrete or block plant can measure 2 silos, 3 admixture levels and the temperature in the curing oven, for example. In addition to the usual bolt-on strain sensors or load cells, you can add anything with an analog 4-20 or 0-20 mA output. Examples are liquid level measurement with pressure or level sensors, temperature measurement and solids level by ultrasonic, guided wave or radar sensors.

You can use SiloWeigh II as a display system for 6 channels without using Scale-Tron’s L-Strain sensors. Connect your level sensors to SiloWeigh’s inputs and calibrate them to show weight in tons. All the other features of SiloWeigh can be used equally. Trend Graphs, Alarms, Delivery Measurement, Analog and Digital Outputs, WiFi Viewing, all work equally with level sensors. Its many features and benefits will impress you.

SiloWeigh II has two analog inputs as standard. Add one DJB and four 2420 adapters to give six analog 4-20 mA inputs and you have a six channel display and recording device for less than $3000. That’s less than $500 per channel; add your sensors and that’s your system cost! Of course, we can supply your sensors too, if you wish!

Liquid level by pressure sensing at the bottom of the tanks is called “hydrostatic pressure sensing”. Two types of sensor are available, both with analog 4-20 mA outputs. External type, screw fitting, such as the one shown here, or immersible type, which you just drop into the tank from the top. A word of warning: if your liquid is an aqueous solution, the sensor can be used without any protection. However, if your liquid is fuel oil or any volatile hydrocarbon, you will need intrinsic safety barriers in the connection line. Consult Scale-Tron before proceeding.

The sensor can be calibrated to read directly in gallons, liters or weight of fluid as long as the tank is cylindrical or square section. Usually the volume of the small bottom cone can be ignored because the error created is small.

You can measure solids in joined bins or silos using a number of different level sensing technologies. Any sensor with analog output can be connected. SiloWeigh II has two direct analog inputs but if the number of sensors exceeds this, the DJB (converts bolt-on sensors to digital) has an optional adapter. Model 2420 connects to each input: four to a single DJB. The outputs can be calibrated in tons or level in feet etc. This feature allows you to include your joined bins or silos in the overall display when bolt-on sensors cannot be used. We can provide the A-Plus Fine sensors when necessary, together with the DJBs and adapters.

You can connect temperature sensors with analog output in the same way as level sensors, above. For example, the temperature in a curing oven, mixer or aggregate bins in a concrete plant can be measured using the Scale-Tron TempTron sensors or any sensor with 4-20 or 0-20 mA analog output. The connection method is through the two direct inputs or using DJBs and adapters as above. And, of course, you can mix level and temperature measurement channels as you wish.

For more information about this article from Scaletron Industries Ltd. click here.

Other articles from Scaletron Industries Ltd..