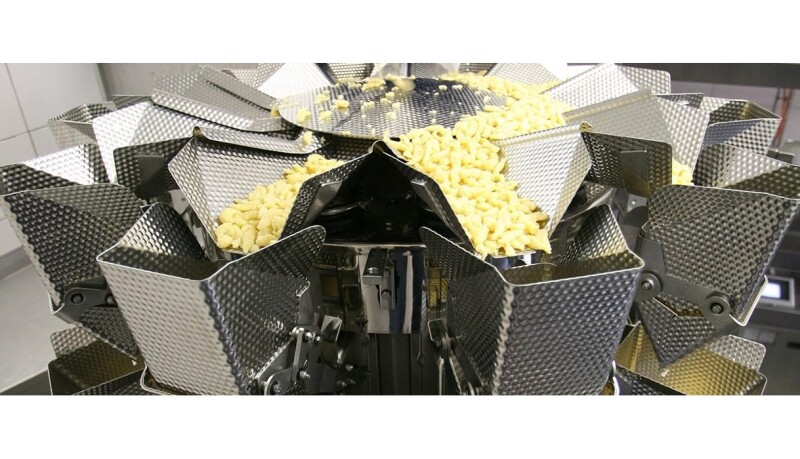 Freiämter Spätzli’s decision to automate its packing process was to meet rising demand for its Spätzle. Manual weighing and filling had proved slow and laborious and resulted in substantial product giveaway due to overfilling.

However, the company’s initial experiences were highly unsatisfactory. After the first weigher purchased failed even to start production due to technical issues, the machine ordered as a replacement from a different manufacturer also fell far below expectations. 'That put my company in a very precarious position,' recalls Franz Gürber. 'So as to keep up deliveries to customers, we were packing manually around the clock.' It was clear that the next shot had to be on target.

It was at this point that Freiämter Spätzli turned to Itech AG. The experts there designed the packing solution, and despite the tight confines of the production facilities, the system was installed in no time. The Ishida weigher did everything that was expected of it from the outset.

The egg noodles are now processed quickly, precisely and gently, and in the Ishida multihead weigher, Freiämter Spätzli has finally found the right automation solution.

Freiämter Spätzli GmbH is weighing its fresh “Spätzle” type noodles at up to 40 bags per minute, doubling the speed compared with the previous manual handling .

The high output can be achieved reliably and consistently, while also delivering greater accuracy - packaging with a fill weight of 2,500g, for example, is overfilled by only 3g on average. 'That means that we are saving approximately 5% of the product compared with manual weighing,' explains Franz Gürber, Freiämter Spätzli’s owner and managing director, who calculates that the investment in the Ishida multihead weigher will pay for itself within only two and a half years.

The freshly cooked egg noodles reach the multihead weigher via an elevator. The dispersion table automatically controls the amount of product fed to the radial feeder troughs to keep the Spätzle flowing and to transfer them smoothly to the pool hoppers, which regulate the product supply to the weigh hoppers underneath. In addition, all contact parts of the weigher are fitted with anti-stick surfaces. A microprocessor takes just a fraction of a second to calculate the combination of weigh hoppers that comes closest to the target weight. The precisely dosed portions are then released directly into polybags with fill weights of 350g, 500g and 2,500g.

The humid environment associated with pasta production has no effect on the Ishida multihead weigher, which is certified to IP66. Switching products to be weighed by calling up pre-sets at the touch of a button has also proved a major time-saver. The fact that all contact parts can be removed and re-installed without the use of tools cuts down considerably on cleaning time. Franz Gürber describes the process of using a touchscreen to operate the weigher as “simple and intuitive”.