Article by Weigh-More Solutions: Weighing in on Truck Overloading – Maintaining the Balance Between Safety and Profit 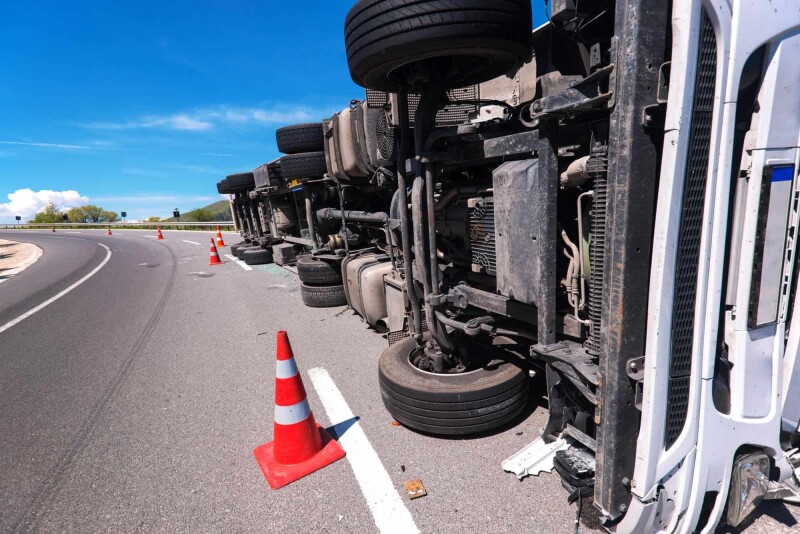 Weigh-More Solutions (Australia) - Truck overloading can pose serious risks to you, your business, and the public. Learn what you can do to operate safely whilst maximising company profit.

Truck overloading of heavy duty trucks causes at least 188 deaths per year in Australia alone. Overloaded trucks are a major safety and legal risk for all drivers and the logistics companies they work for.

Heavy loads break down a truck’s mechanical components and cause poor performance. They’re a leading cause of both unscheduled maintenance and truck accidents.

Legal mass limits aim to prevent these issues and present violators with severe punishments. Regular weigh-ins and careful management are the best ways to protect yourself.

Read our guide to learn how to avoid truck overloading and run an efficient business.

Drivers and companies who want to maximize their profits use sneaky methods to load as much cargo onto their vehicles as possible. They may only overload one axle or lie about their total weight.

The best way to avoid these issues is to check every vehicle and look for any indication that you’re being lied to.

Signs of an overloaded truck include:

If you notice these signs, it may be necessary to recheck the vehicle’s weight or have its mechanical components examined by a professional. Unknown truck overloading is too dangerous to leave unnoticed.

Overloading semi-trucks is one of the most dangerous things that a driver can do. It causes accidents, leads to lost product and unscheduled maintenance, causes infrastructure collapse, and creates legal issues.

Truck overloading accidents are one of the most common dangers on the road. They make these large vehicles difficult to control when their parts don’t work as efficiently as they should.

Properly loaded semi-trucks take an average of 500 feet to make a complete stop at 65mph. Overloading increases this stopping distance even further. It becomes more difficult to avoid hazards or get down an incline.

Overloaded cargo will shift and throw off a truck’s balance. Goods may also fall off the truck, which not only causes accidents but could lead to decreases in profit.

Truck overloading is the primary cause of unscheduled maintenance. This is an expensive, time-consuming issue that it’s easy to avoid. Make sure each load is properly distributed load and doesn’t harm mechanical components.

An overloaded truck can even cause infrastructure like bridges to collapse as they drive over them. Broken-off pieces become projectiles once they fly into the air, causing damage to nearby vehicles and property.

Drivers and the companies they work for will be liable for the costs and legal issues that come from a truck overloading accident. They also risk facing the penalties for failing to obey truck overloading legislation.

Truck overloading legislation is based on mass limits. They include the truck’s total mass as well as the weight of each axle.

A truck’s legal mass limits depend on factors such as its type, manufacturer recommendations, and the space between axles.

Check the National Heavy Vehicle Regulator or Roads and Maritime Service recommendations to determine the mass limits on your vehicle.

Minor breaches include overloads of less than 5% over the legal limit. Penalties for initial offences include:

Substantial risk breaches include overloads of 5-20% over the weight limit. Penalties for initial offences include:

Severe risk breaches are 20% or more above the legal mass limit. They increase with every additional percentage above 20% that the truck is overloaded.

Penalties for initial offences include:

Serious overloading accidents, such as those that involve death or damage to property, come with even more serious consequences. This includes but is not limited to time in jail.

It may seem like adding more cargo to your vehicles would help your business, but this isn’t the case. It slows down and endangers your trucks instead of making them more efficient.

Instead, logistics company owners must make a few changes to their daily operations. They’ll let you avoid overloading and become more efficient at the same time.

Eliminate unnecessary equipment or vehicle modifications to reduce weight. Choose vehicles that can carry the weights you need without being overloaded.

Train your employees on how to properly distribute a load. The weight needs to be spread out evenly on the vehicle so that it doesn’t lean to one side and no mechanical components get damaged.

A weighbridge will be one of your most important tools for preventing truck overloading. There are several types to choose from, but they all help you get an accurate sense of whether or not you’ve exceeded legal limits.

Weigh the truck and its load as a whole, but don’t forget to weigh each axle as well. Axle overloading is a common issue that damages tires and suspension.

Regular weigh-ins also reduce your maintenance needs. Your trucks won’t have to come in for expensive repairs as often because they won’t have heavy loads weighing them down.

Where to Get Weighbridges to Prevent Overloading of Your Trucks:

Truck overloading wears down mechanical components and presents major safety and legal risks. It’s one of the easiest ways to cause an accident and decrease the lifespan of your vehicles.

Look for the signs of overloading each day, such as worn down parts or a sagging rear end. Train employees on how to load their trucks, and use weighbridges to get an accurate weight at every stop.

For more information about this article from Weigh-More Solutions click here.

Other articles from Weigh-More Solutions.